Disable the NSFW warnings that refer to content considered inappropriate in the workplace (Not Suitable For Work). 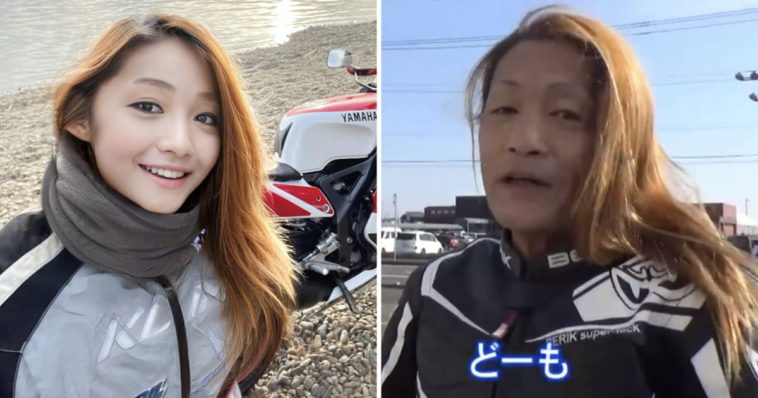 A young female Japanese motobiker under the username @azusagakuyuki has been gaining attention on Twitter for a twist of events, she is actually a 50-year-old man:

Hello everyoe~ Are you riding a motorbike~? It’s almost spring!

Love: playing around with bikes

Motto: Life is once, play this world

It was revealed on a Japanese variety show that the woman is actually a 50-year-old man who used a phone app to photoshop his appearance and even brought photos for comparison:

What do you think?

Back to Top
Close Add A Meme

Your password reset link appears to be invalid or expired.

To use social login you have to agree with the storage and handling of your data by this website.

Get the best viral stories straight into your inbox before everyone else!

Don’t miss out on new posts!